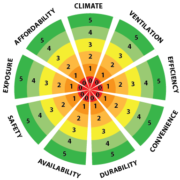 ISO 19867-1:2018 is a set of laboratory test protocols for evaluating cookstove performance, published by the International Organization for Standardization. Their Voluntary Performance Targets are a set of baseline criteria defined as tiers – Tier 0 is worst, Tier 5 is best. These ISO Targets measure Thermal Efficiency, Exposure (PM2.5 and CO), Safety, and Durability.

In 2020 The World Bank suggested the addition of Convenience, Availability, and Affordability. Since President Biden recently announced the “end of the fossil fuel era” ARC is adding Climate to the list, resulting in the nice looking mandala seen above.

Is it possible that cookstoves that score well enough on these eight metrics might be more successful interventions? We think that combining technical and contextual measures will help in the design/manufacture/sales of consumer based products. (ARC has called for affordability to be included for decades.)

Since LPG, propane, alcohol derived from fossil fuels, and a large percentage of electric generation emit dangerous amounts of CO2 causing climate change, it may be that clean burning, carbon neutral biomass stoves will rank higher on an “energy ladder,” especially when multiple factors are considered. 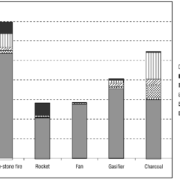 WASHINGTON, DC, April 22, 2021 — At the Leaders Summit on Climate hosted by President Biden, the U.S. government pledged to help countries achieve their climate ambitions through expanding access to clean cooking.

“Providing clean energy to households is critical to achieving global climate and sustainable development goals,” said Helena Molin Valdés, Head of the Climate and Clean Air Coalition Secretariat. “Smoke from fireplaces, cook stoves, and lighting is responsible for more than half of human-made black carbon emissions and millions of premature deaths from household air pollution. The Climate and Clean Air Coalition partners welcome the U.S. government’s re-engagement in the issue and look forward to cooperating to put in place solutions that improve lives and protect the planet.”

Would it be helpful to add climate metrics to the health-based ISO 19867? Currently, Scoring Tier 5 for emissions of PM2.5 and CO means that safety is assured in average households. As the score decreases from Tier 5 to Tier 0 the estimated amounts of ill health from breathing smoke and gas increase.

During ISO 19867 testing under an emissions hood, the fuel use, thermal efficiency and emissions of CO2, CO, and PM2.5 are measured and the data is used to determine a ranking on the voluntary tiers of performance. ARC multiplies lab data by a factor of three to estimate in field emissions. Usually in cook stoves, the CO2 has by far the largest effect on climate change. However, PM (black to white in color), CO, methane (CH4), non-methane hydrocarbons (NMHC), and nitrous oxide (N2O) also have varying amounts of climate forcing potentials. Currently, CO2, PM2.5, and CO are measured as a part of ISO 19867. ARC also determines the amount of black carbon in every test (using a filter) of PM2.5. Adding methane and non-methane hydrocarbons to the measured gases is not difficult. In fact, Sam is working on adding them to the LEMS right now.

The effects of inhaling particulate matter have been widely studied in humans and animals. They include asthma, cardiovascular disease, and premature death. Particles can also have an extremely strong effect on the atmosphere by absorbing and/or scattering the sun’s incoming radiation, depending on their color. The black particles have an approximate warming potential by weight of 680 times that of CO2 (Roden and Bond, 2006; Bond and Sun, 2005).

When we studied the global warming impact of five cook stoves burning biomass, CO2 was shown to be the major component, as seen above. At the time (2008), estimates of the various warming potentials were: 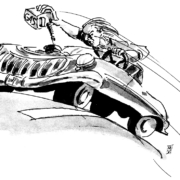 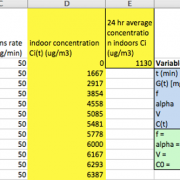 It’s fascinating to read the ISO 19867 Standards for cookstoves and I agree with a lot of it. Many of us in the ‘stove world’ were involved for years in creating those documents. One of the big improvements is testing stoves at high, medium, and low power while reporting the results with the firepower.

We forgot to do that in the International Working Agreement started in Peru at the Partnership for Clean Indoor Air meeting in 2011. Since stoves generally make fewer emissions at low power it was a temptation to reduce the firepower and achieve a higher score on the Tiers. Since firepower was not seen on the Tier scorecard, it was really not possible to compare performance. And as we know, people tend to like high power stoves. It’s so great that this problem has been fixed in ISO 19867.

How to get a Tier 5 score for emissions? Use a chimney.

Now, of course, at ARC we try to combine high combustion efficiency with effective chimneys. We need to protect the quality of the outside air, as well. The combination is intended to protect indoor and outdoor air. If the outdoor air is polluted it is less effective in lowering harmful concentrations. Combustion efficiency is always great and to protect health it must increase when the outside air quality is degraded. In Beijing you don’t want to add one more milligram of smoke into the air!

Sam Bentson created an excel spreadsheet that explains how protecting indoor and outdoor air quality are related. You can download the spreadsheet here, and learn how to use it for project planning: aprovecho.org/portfolio-item/project-planning/