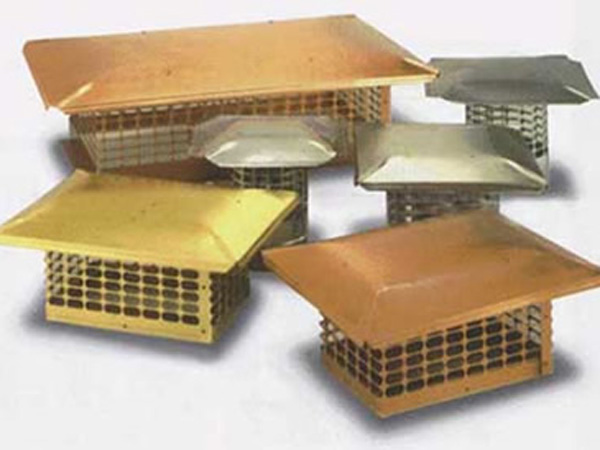 A quick review through Google highlights some practical considerations to assist in the design of chimneys in high wind areas.

Chimney Caps — A flat wind cap above the chimney opening can work well in the wind, addressing “velocity pressure”, because smoke can exit from all sides of the chimney not facing into the wind. A flat plate covering the chimney is a common cap for use with very large openings. Rotating caps are not recommended by several authors because creosote can cause the cap to become fixed in one direction.

Wind Speeds — Fast winds reduce the “static pressure” around the top of the chimney. The reduced pressure assists the draft, and actually helps the chimney to draw smoke out into the outside air. The stronger the wind, the larger is the benefit. This effect is described by Bernoulli’s equation. The pressure decrease in moving air compared to still air is ½ dv2 where d is the mass density of the air and v is the wind speed.

Ambient Temperature and Altitude— If the air outside the house is colder, the chimney will draw better. A chimney draws twice as well at 0 degrees F (-18 degrees C) than at 50 degrees F (10 degrees C). Both barometric pressure and humidity have little effect on chimney performance. However, altitude has a noticeable influence. For every 1,000 feet (305 m) gain in altitude above sea level there is a 4% loss in chimney draw. At 10,000 feet (3,050 m) the reduction is about 40% to 50%. 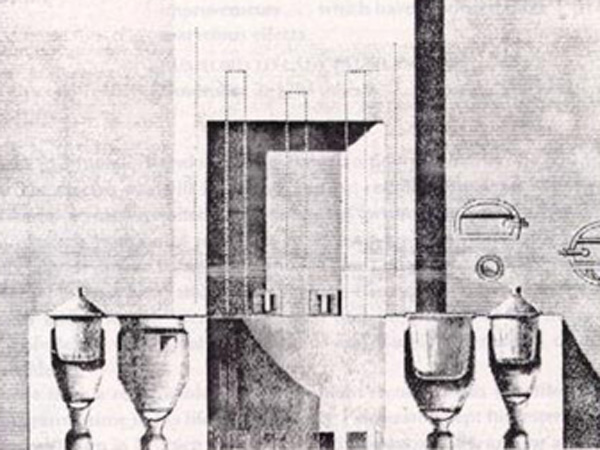 A History of Chimneys

Henry VIII had cooking stoves with sunken pots and chimneys. There were even propellers in the chimneys invented by Leonardo di Vinci!

In Europe, the evolution of the modern kitchen was linked to the invention of the chimney stove and supplying water to homes. Until the 18th century, food was cooked over an open fire. In the 18th and 19th centuries the modern kitchen began to emerge. Before then, European medieval kitchens were smoky and sooty. With the advent of the chimney, the hearth moved from the center of the room to one wall, and the first brick-and-mortar hearths were built.

With the creation of a separate kitchen, the living room became an area for social functions. Iron stoves that enclosed the fire completely appeared around 1800. This type of stove was more energy efficient. It used one fire to heat several pots, which were submerged into holes on top of the stove, and were heated from all sides instead of just from the bottom. The kitchen evolved into a much cleaner space with closed stoves made of iron plates and fired by wood and charcoal or coal. Metal flue pipes connected the stoves to the brick chimney.

Although chimneys require cleaning to function adding a chimney to a stove is the traditional method for removing emissions from the kitchen and for protecting health. In the United States it is illegal to use an un-vented fire in the home. Even natural gas ranges should have a hood above the fire.

An airtight stove with sunken pots, as seen in the Rumford Stove in 1800 (bottom), was the European solution to using less fuel, protecting health, and cleaning up the kitchen. The large kitchens in Hampton Court (the castle home of King Henry the 8th near London) had huge sunken pot stoves in the kitchen that predated the skirt stove by hundreds of years.

ARC tested a Ugandan sunken pot chimney stove with a Rocket combustion chamber that boiled 5 liters of water in 16 minutes compared to the Three Stone Fire at 27 minutes. The Uganda stove (WBT tests in the lab) used 720 grams of wood to boil and simmer the water while the open fire consumed 1118 grams. The pots fit tightly into the stove and emissions in the Test Kitchen were negligible. The Three Stone Fire, on the other hand, emitted about 55 grams of CO and 2600 mg of PM.

In regions where the levels of CO and PM in outdoor air meet WHO health standards, chimneys continue to be the proven traditional method for protecting health. Adding a sunken pot(s) creates a stove as good as the ones in Hampton Court!

VIDEO – How to Achieve 45% Thermal Efficiency in Cookstoves, Utilizing...
Scroll to top