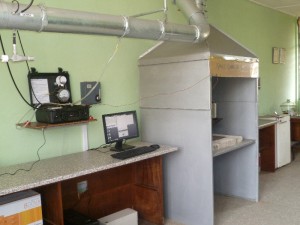 This time, we thought we would share a video filmed in our lab to help illustrate how Aprovecho improves stoves using the Laboratory Emissions Monitoring System. This short video highlights how we are able to make decisions on stove design iteration in real-time based on the data-stream delivered by the PC attached to the LEMS system. The monitor displays levels of particulate matter (PM), carbon monoxide (CO, carbon dioxide (CO2) and the temperature of the water in the pot on the stove. 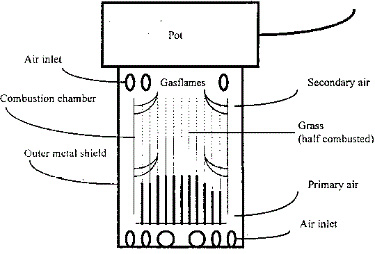 Mr. Paal Wendelbo and the TLUD

“Mr. Paal Wendelbo learned basic TLUD principals during the German occupation of Norway in the 1940s, alongside hunters and members of the resistance movement hiding in the forest, who needed to cook meals over small wood fires without smoke. Later, as a humanitarian working in Africa in the 1980s, Mr. Wendelbo observed the health and environmental issues caused by cooking over open fires. Remembering the smokeless fire in Norway, he started to think about how to control the TLUD flame for more efficient cooking. After four years of hard work later he found success in a tin can with a lid, with sufficient holes for fresh air to enter and hot air to escape. A year later he made the further discovery that putting more holes at the top of the combustion chamber resulted in cleaner burning and a hotter flame. This simple invention, dubbed the Peko Pe, was tested at the Technical High School in Copenhagen in late 1980s. Twenty years later, the Peko Pe won the 2009 Aprovecho Stove Camp Award for best performing and cleanest burning stove. Mr. Wendelbo can reliably be found in his stove workshop, continuing to contribute to efforts to provide the world with clean burning stove options.”

We received a large Peko Pe during Stove Camp 2014. It looks like it’s made from stainless steel and the stove features a 20cm in diameter combustion chamber. Loaded with fuel, the stove continues to burn for a long time with very low emissions of PM. The pre-heated secondary air travels under a plate above the fuel and exits through a relatively large hole in the middle of the plate. Small holes provide primary air in the bottom and sides of the combustion chamber.

“When I want to cook food with no fuss I’ll light Paal’s Peko Pe and it’s quite similar to cooking with natural gas. As I’m cooking I remember Paal and his wonderful contributions to the new generation of super clean burning stoves.” -Dean Still

Charcoal Reconsidered and the Haybox