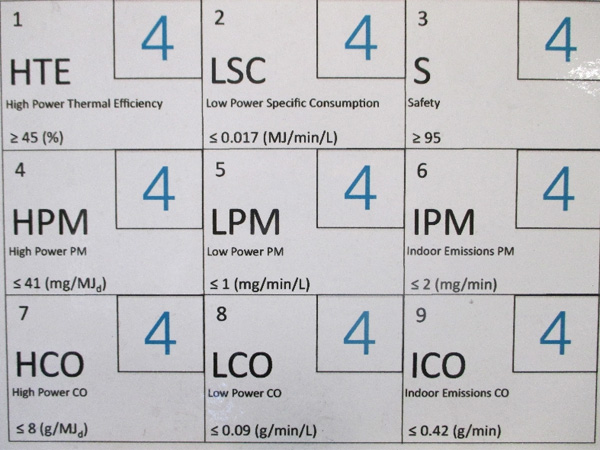 For the next short installment in our video series we introduce Aprovecho’s newest intern, Gabriela Jiménez. Gabriela is visiting us from Bolivia and representing their local Regional Testing and Knowledge Center. We’re very happy to have her join us and share clean cooking technologies and cookstove testing, Bolivia is an amazing country and it has been fascinating to learn more from Gabriela!

The video also takes a look at the ISO/IWA tier metrics. The IWA tiers quantify the cleanliness, efficiency, thermal energy, high and low power of the stove, particulate matter emissions, carbon monoxide emissions, and overall safety. By using these metrics during stove testing, Aprovecho researchers are able to quickly identify which areas of a stove require improvement.

Thank you for watching, please subscribe to our new YouTube channel at
https://www.youtube.com/aprovechoresearch
If you are interested in emissions equipment, such as the Laboratory Emissions Monitoring System, featured in this video, please visit out official website at
http://www.aprovecho.org/lab/home

Are the Emissions of Carbon Monoxide and
Particulate Matter Related?

I think that the answer is: Not necessarily. Frequently, the total emissions are not related even though real time emissions can rise and fall together as fuel is burned. Burning charcoal emits a lot of CO but not much particulate matter. Wood burning, in a relatively clean burning stove, frequently does not emit a lot of CO but can easily produce smoke. We experience that when the ends of the sticks are blackened, CO emissions often go up and particulate matter goes down. CO can be reduced when there is a lot of flame. The CO enters the flame and combusts. However, making lots of hot yellow flame can also produce more black particles!

This graph http://tinypic.com/view.php?pic=tarbpy&s=8 (from: “Test Results of Cook Stoves Performance,” 2013) shows that in an Aprovecho WBT survey of 18 stoves the total emissions of CO often did not predict the total emissions for PM. It seems to depend on how the stove is burning the fuel.

On the other hand, in real time when more wood is added to a fire, both the CO and Particulate Matter will frequently rise at the same time. When the fire settles down, both CO and PM are often seen to decrease together. Adding to the confusion, the emissions from five of the stoves in the survey did result in seemingly related amounts of PM and CO! Perhaps the amounts of CO and PM can be related in certain circumstances. However, in many of the stoves in our survey CO did not predict PM and PM did not predict the total amount of CO. Further studies are needed.

Test Results of Cook Stoves Performance can be viewed in .pdf form at
http://tinyurl.com/o4zfu25

VIDEO – How to Achieve 45% Thermal Efficiency in Cookstoves, Utilizing...