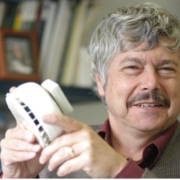 ARC worked closely with Dr. Kirk Smith (1947-2020) when we helped to include emissions in the Water Boiling Test, used to evaluate biomass cookstove performance, for the Shell Foundation. We included the first “Tiers of Performance” with a simple approach that divided stoves into two categories: improved and unimproved. It was great to know Kirk and I admired him tremendously.

Kirk was a professor at the University of California at Berkeley and was, in my opinion, the most effective advocate for the billions of people afflicted by breathing smoke. Kirk and ARC continued to work together during the Breathing Space project in India. Here is a video that ARC helped to produce in 2009, which describes the project.

The goal of Breathing Space was to introduce the Rocket stove into India. We hoped that the Rocket stove, after being re-designed by women in 18 villages, would “go viral” and protect health. Eventually, Envirofit become the distributor and project manager. Envirofit and the Shell Foundation worked together to bring Rocket stoves into markets worldwide.

In 2011, Kirk Smith announced that switching to LPG seemed more likely to protect health. By 2017, Envirofit was including LPG and gas stoves in their catalog of options. Trying to create and disseminate truly clean burning biomass stoves had proven to be difficult and a more successful, wide scale intervention was needed. Although people liked it, the combustion efficiency of the Rocket stove just was not good enough. The Justa stove with chimney (with Rocket combustion chamber) that Kirk tested in Guatemala leaked, and when many stoves were in use the outside air became smoky. Maybe gas stoves, even though the fuel is not renewable, had a better chance to succeed?

What would Kirk Smith recommend in 2022?

I think that Kirk would not object.

Tuning A Stove With Real Time Data
Scroll to top