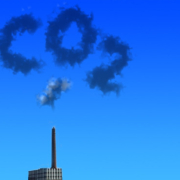 How can smoke, extremely dangerous for health and climate change, be ignored in carbon credit equations? Carbon dioxide and methane are counted but not smoke. Carbon dioxide is reduced when heat transfer is improved resulting in less wood being burned. Wood doesn’t make appreciable amounts of methane.

Because smoke is not counted to earn carbon credits, smoky stoves with good heat transfer efficiency make as much money as clean burning stoves even though the Black Carbon in smoke is something like 680 times worse than CO2 by weight for warming. Because smoke is not included in climate credit math, adding clean burning to biomass cook stoves usually has to be as inexpensive as possible.

We know that adding high pressure mixing to Rocket stoves dramatically reduces smoke. As of 2022, forced draft is required to achieve adequate amounts of mixing. Mixing requires high pressures that (so far) cannot be made with natural draft. We know how to improve the Rocket but are in the process of completing the transformation to clean burning.

Nice to know the solution!