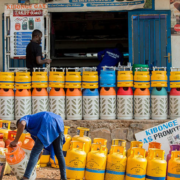 LPG (liquefied petroleum gas) is among the most important fuels for achieving clean cooking. Many countries are actively developing intervention programs. In a five year project starting in 2007, an Indonesian program converted over 50 million households cooking with kerosene to LPG. In 2016, India intensified their campaign providing free connections to LPG cylinders to “Below Poverty Line” homes. In China, gas and biomass fuels, the dominant energy fuels for cooking, are used by 44.8% and 32.1% of households, respectively. In 2014, 47.6% of rural cooks used biomass, whereas urban households were more likely to cook with gas (65.8%) (Applied Energy 2014, 136:692-703 Duan, et al.).

Even older LPG stoves burn cleanly. Five different LPG stoves were tested 89 times and described in a 2018 article. Two stoves were manufactured in China and obtained in a local market near Beijing. One was manufactured in Japan and purchased in Kampala, Uganda. Solgas Repsol Downstream Peru (an international LPG distributor) disseminated another stove. A worn-out appliance was obtained from a rural household in Cameroon  (Environ. Sci. Technol. 2018, 52, 904−915 Guofeng Shen, et al.).

However, in a country like Rwanda the switch from wood and charcoal to LPG is slow. In 2019, only 2% of cooks were using LPG in the cities. 64% used a charcoal or wood stove and in rural areas “the use of clean fuels is negligible” (The World Bank, 2019). 93% of rural households use wood, 6% of charcoal, and 0.2% of gas (National Institute of Statistics Rwanda, 2019).

The cost of LPG is a big factor. “Prices are much higher in rural areas and upcountry towns as retail traders factor in transport logistics. Rising prices for cooking gas in the country have sparked concerns of likely reversing gains made in the push for a clean cooking solution as more households turn to wood and charcoal.”

Marie-Jeanne Uwanyiringira, a businesswoman who sells LPG, says that the fluctuation in prices has caused frustration among consumers. “When someone buys gas from me at RWF 3,500 and the next month I tell them that it is RWF 5,500, ($5 USD) they don’t seem to understand that it is not the seller’s fault.” (Rwanda Today, April 9, 2021).